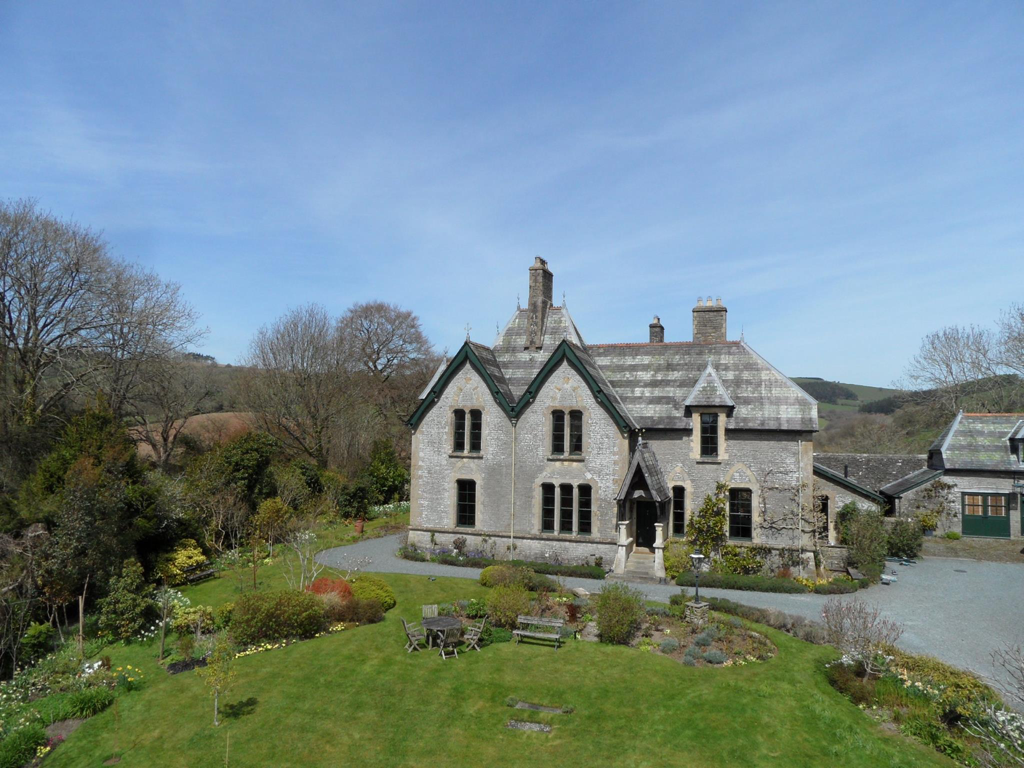 The Old Vicarage is on the site of a Norman Castle which was built around 1086, about 20 years after the Norman invasion.  The whole region along the border between England and Wales (called the Marches) was in turmoil for years and a string of castles was built in an effort to maintain stability. The border between the lands that owed allegiance to the English crown, the Marcher Lords and to the Welsh princes fluctuated and the history of the times is complex and confused.

In its early days Norton castle probably comprised no more that an outer ditch surrounding the bailey (a level area) within which was a defensive motte (mound). At first there would probably have been only timber buildings and earthwork fortifications topped by a timber wall. Vicarage Cottage is sited just below the bailey - probably in the ditch (now filled in) between two earth banks - and the Old Vicarage is built on the bailey, on the cellars of a much older building.

The remains of the motte (7.5m or c 25' high) can still be seen on the opposite side of the road (which was cut through the bailey in the 1820s). Some time after it was first erected, a stone castle was built on the site - it may have been on the motte, the bailey or both. Records show the castle was destroyed in May 1215 by Llywelyn ab Iorwerth, in a dispute between the ever-warring Marcher Lords and Welsh princes, who regularly made and broke treaties and alliances. The castle was re-built, only to be destroyed again in late December 1262 by Owain ab Madog, in support of the campaign of Llewelyn ab Gruffydd. This was during the 20 year Great Welsh War against the English crown from 1256 - 77. Norton castle was not re-built after that and it is likely that the stone and timber from the ruins were used in the erection of local houses, including Vicarage Cottage. The ruins of Stapleton Castle, just across the border from Presteigne, give an idea of what Norton castle might have looked like. Other ruined border castles are at New Radnor, Clun and the Warden at Presteigne is the site of the Norman castle, destroyed at the same time as Norton.

It is probable that Edmund Mortimer's army passed through Norton (along the north bank of the Lugg) on its fateful march to meet the rebellious Welsh independence fighter, the legendary Owain Glyn Dwr (Owen Glendower in English) at nearby Bryn Glas, Pilleth on 22nd June 1402. Glendower defeated him, apparently because the Welsh archers in Mortimer's army changed sides. Mortimer was captured, changed sides himself and married Glendower's daughter. There followed about 10 years when Glendower was an independent Prince of Wales, ruling most of the country and engaging in diplomatic relations with the French, Scottish and the Papacy at Rome and later Avignon. At one stage a French army joined him and they marched almost to Worcester. Eventually the other Prince of Wales (thereafter Henry V of Agincourt fame) re-conquered Wales, but he never caught up with Glendower, who is reputed to have died peacefully in Herefordshire.
​
Soon after Richard Green Price inherited Norton Manor in 1861 he decided that Norton should have a vicarage to dignify the model village he was creating for his estate workers. He called in Sir George Gilbert Scott to restore and enlarge St Andrew's Church. He also caused to be erected our wonderful house in the French Gothic style built of Forest of Dean limestone, with Bath stone ashlar quoins. Attributed to Sir GG Scott, the Powys volume of Pevsner's Buildings of Britain [2013] describes The Old Vicarage as,"Strikingly set on rising ground north west of the church, one of the best-preserved Victorian parsonages in Powys... Finely laid rubble with extensive ashlar detail including the chamfered mullions and relieving arches. This provides some polychromy, as does the banded slating of the roofs. The two left bays have bargeboards and a steeply hipped, very French roof crowned by a chimney. The right bay is stepped back with half-hipped roof and steeply gabled porch. Well-preserved interior detail, including the stairs, which have Neo-Jacobean fretwork balusters.
You are welcome to visit, relax and enjoy our fine house and the comforts of this well-preserved monument of the Victorian era. 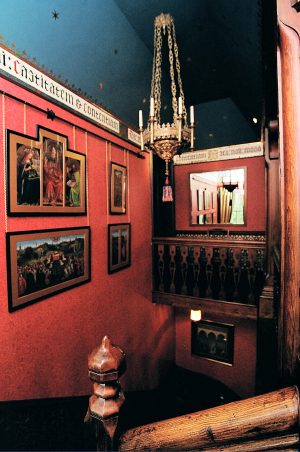 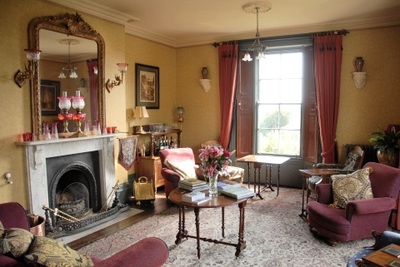 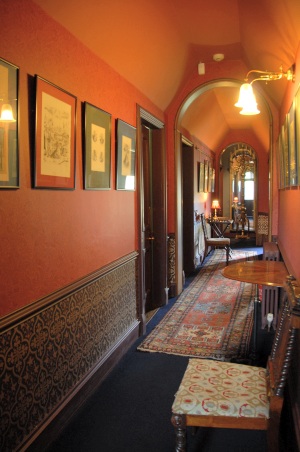 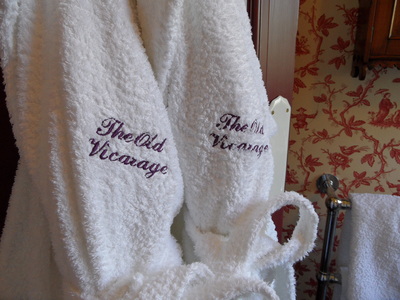 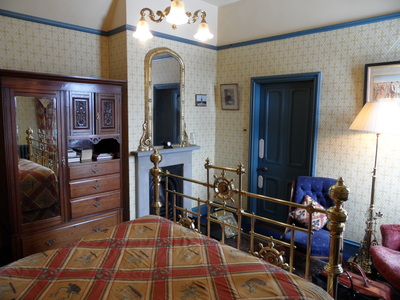